This 60-day session has been a whirlwind to say the least. I want to update you on some major things happening in Olympia, so let’s jump right in.

Emergency powers reform with no teeth

I have fought over the last two years to do everything possible to curb the governor’s emergency powers. I know that this has been a huge priority for you. It has certainly been a huge priority for my Republican and some Democratic colleagues in both the Senate and House of Representatives. Given that more Democrats were interested in this issue, I was hopeful that this was the year when, together, the Legislature would reassert ourselves as a coequal branch of government.

Unfortunately, the Democratic majority’s solution – Senate Bill 5909 – is emergency powers in name only and literally preserves the status quo. I could not support it when it came to the Senate floor. I could not sit by and pretend that this bill did anything.

Republicans brought forward amendments that offered real reform; Democrats refused to accept them. I invite you to watch my floor speech in support of an amendment which WOULD have restored balance and given the legislature a voice during a state of emergency. I am very disappointed this amendment was not accepted and that my colleagues across the aisle passed a bill that is emergency powers reform in name only.

As this bill moves to the House of Representatives, it is my hope that changes will be added to this legislation so that it becomes something I can support. Until then, stay tuned and I will keep you updated.

Transportation proposal takes more and more from your wallet

We are currently experiencing the highest inflation rate in 40 years. If that wasn’t bad enough, Senate Democrats have introduced a transportation package that is going to hit your wallet hard. This is on top of the fees and taxes passed last year that we have yet to see at the gas pump.

Without consent of the voters, this package adds a 2% local utility-tax hike on natural gas and steam energy. Local utility taxes are already 6% in much of the state – meaning this would be a 33% increase for these services. Also, without approval of voters, this legislation would add a regressive 0.1% sales-tax hike to much of Western and parts of Eastern Washington.  My question: what nexus does this have to transportation?

The plan also includes a 6-cent tax on fuel exported to other states, which has caused interstate friction and lawmakers in Alaska, Idaho and Oregon are threatening retaliation. It also remains to be seen whether this is constitutional under the federal commerce clause. The outcome of how Washington refineries and other states handle this could mean that the increase in taxes are passed back to Washingtonians.

If this plan becomes law, it will cost much, much more for an enhanced driver’s license, state identification card, vehicle license plates, motorcycle plates and new photos for driver’s licenses or ID cards, to name a few. This plan is full of regressive fees and taxes and punishes working families and those who can least afford it, plain and simple.

It has been a tradition for the chairs of the legislative transportation committees, either Republican or Democrat, to welcome input from the committee’s ranking member in the creation of state transportation budget. That did not happen this year and Democrats did not share details of this proposal with Republicans until just before it was released to the public. Senate Democrats then held a hearing in committee on their proposal, voted it out and brought it before the entire Senate body in less than two days. While trying to speak on this bill on the Senate floor after a long day, majority Democrats shut down debate with a floor procedure that essentially muted any differing view. This was not necessary!

Although I do not agree with how its funded and believe we could provide for our state’s transportation needs with existing revenue, there are some things in this package that I support. I agree that we must continue to add funding for maintaining our roads and bridges. I agree that it is important to put dollars into removing barriers for our fish passage. I just don’t agree that we should add an unnecessary burden to working families and those who can least afford it – especially when we don’t need to.

This package makes it very clear that the Democratic majority has lost touch with the people they serve – now they simply ignore those who don’t agree with them. It is my hope that as this bill moves to the House of Representatives, changes will be added and it becomes a better package for the people of Eastern Washington. Until then, stay tuned and I will keep you updated.

It is an incredible privilege to serve as your state senator and be your voice in Olympia. If you need anything at all or would like me to highlight or provide information on any issues, my office is here for you. I can be reached by phone at (360) 786-7612 and by email at Shelly.Short@leg.wa.gov. 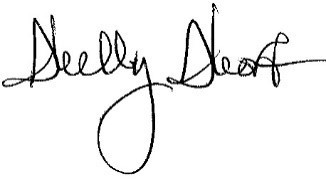